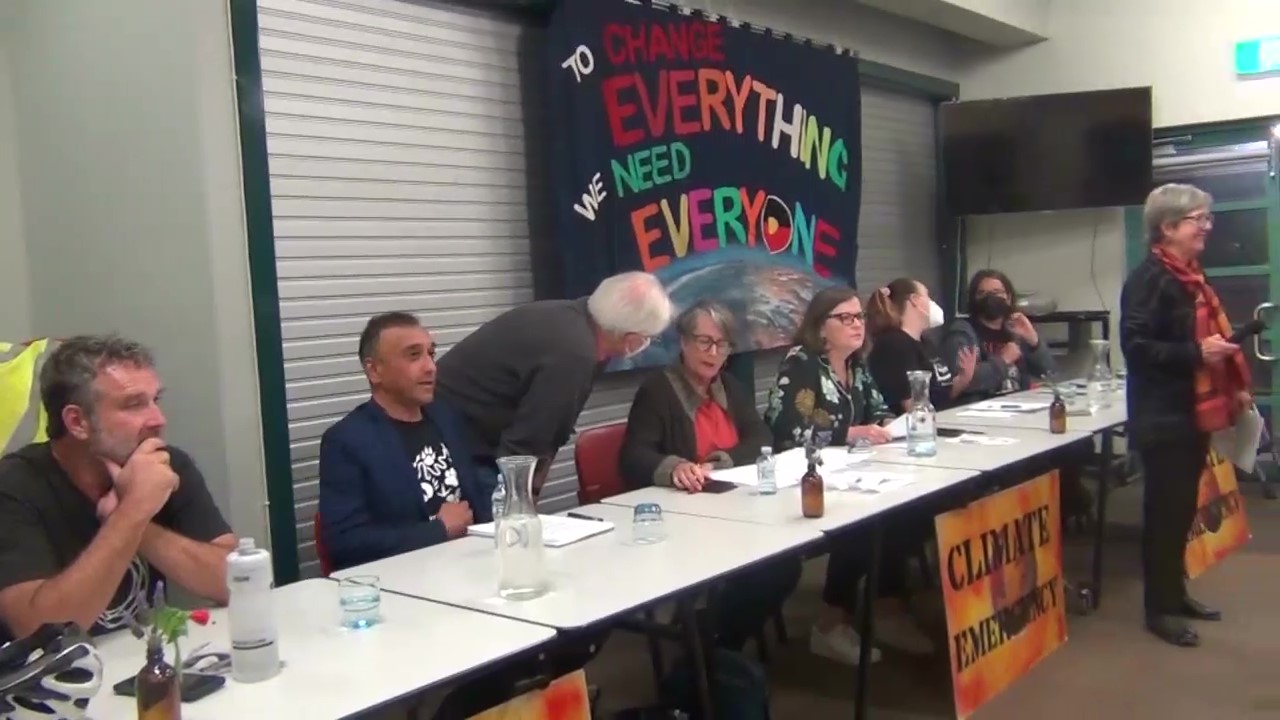 Candidates vying for the Federal seat of Cooper spoke to a full house at the Cooper Climate Election Forum organised by DCAN and the Darebin Climate Alliance. It was a great night with each of the five candidates talking passionately about why they are seeking to represent the seat of Cooper and what actions they will take on the climate emergency if elected.

Candidates presenting were: Adrian Whitehead from the newly formed Fusion Party, Rabin Bangaar from the Animal Justice Party, current Member for Cooper Ged Kearney from the Australian Labor Party, Kath Larkin from the Victorian Socialists and Celeste Liddle from the Greens.  Watch the forum here.
The forum was moderated by Emeritus Professor Judy Brett, resident of the Cooper electorate, political historian and author of From Secret Ballot to Democracy Sausage.